The Hunt…and Reward for Rare Guitars

Thinking about the rare guitars that I no longer own can sometimes fill me with deep remorse. Cynics will say, “It’s only wood”, but former owners of a Gibson Banner or a Pre-war Martin will tell you otherwise. In my years of collecting vintage guitars, I’ve been distracted by new reissues and Custom Shop models, as well as many offers that I just couldn’t refuse. However, more times than not, my guitars were sold simply to pay the rent. Regardless, all of these relationships ended way too soon. I’d like to share some of those with you. Misery loves company so I encourage you to comment with your stories as well.

A Very Rare Guitar – A Les Paul in SG Clothing

Growing up in the ’70s, everyone I knew wanted to play guitar. My inspiration was the cavalcade of British rock bands that toured the LA scene. I lusted after, but couldn’t afford the a name brand guitar and had to settle for a Kent ES-335 copy. My friend had the scratch, and bought a Gibson Les Paul. But was it? It had an SG body but sported a very modern looking sideways vibrato tailpiece. The truss rod cover said Les Paul but I wasn’t sure. After some additional research, I determined that this was a 1961 Gibson Les Paul with unmolested PAF pickups and after reconnecting with my friend a few years later, we struck a deal for the Les Paul. 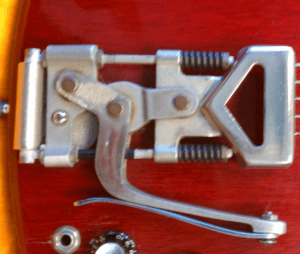 The authentic PAF pickups with covers that had never been removed along with the sideways vibrato tailpiece made this a rare guitar. The tips on the tuners were deteriorating and rather than sourcing out reproductions, I located a vintage set of original tuners complete with the original tips. In addition, the art-deco inspired cover was now missing but fortunately, I found an original replacement. Finally, the lower bout also had a stable crack. Regardless, the Les Paul with its original case, quickly became the highlight of my modest collection. Of course, I put it up for sale. Why? I love the hunt, but once I’ve acquired the object of my obsession, I’m driven to find it a new home.

Sell Your Guitar on eBay

In 2007, I started using eBay’s global platform to sell my guitars. Aside from Craigslist, some local publications and regional guitar shows, there weren’t many options for selling your rare guitars to a much larger pool of potential buyers. At the time, with manageable transaction fees and available instant funding sources, new markets were opened and eBay became the place for me to buy and sell my rare guitars. This is where I met AJ in 2011. He had an impressive inventory of vintage Gibson and Fender body husks and parts, but very few complete guitars. Clearly, he was in the business of parting out rare guitars to extract the maximum amount of profit possible. I don’t really like the practice and don’t know many collectors that do. There’s just something unseemly about it. He made multiple unacceptable offers mixed with weekly taunts and in time, his messages became increasingly abusive, so I moved on and soon forgot about him. At some point, I threw in the towel. Although I had years of experience with eBay, I didn’t have the chops to play at this level. It was the most expensive investment I’d made up to this point on such a rare guitar. I was done and decided to pull my listing. I was humiliated by the whole experience and frustrated at my inability to connect with the right buyer. I was resigned to keeping, playing and enjoying owning such a rare guitar. It was then that I happened upon an ad, promoting a group that was rolling in to town this weekend, with cash to “Buy Your Vintage, Collectible and Rare Guitars.”

Just like that, I found myself in the car on a Friday afternoon, headed north of town, to a faded Motel 6 off of I-85. In a depressingly beige conference room, I’m stood in a long line of other sellers spilling out in to the hall, ready to confirm that there would be another disappointing offer coming my way. “If this is their venue, they can’t have much money to spend”, I remember thinking to myself. I watched a couple of flat pickers parting with their pre-war Martins and Gibson J-45s, accepting well under-market offers. But at least these were real buyers and they skillfully displayed their checkbook as a very effective sales prop. Truth was these sellers were blissfully happy by the return on their $300 investment back in the ’60s. For me, well I had my number and so I decided to roll the dice. Go high and be firm on my bottom-line price. Eventually it was my turn. The manager of the group approaches the table, picks up the guitar, flips it around a couple of times, carefully checking out the serial number, the bout crack, and the newly replace Kluson tuning keys. Returning the guitar to the case, he shuts the lid and says, “One moment please”. He gets back on his phone and in his whispering voice I hear him say, “Yeah, original Humbuckers” (He never really checked). “Yep, all original”. More minute’s tick by and I’m already thinking about dinner and how this has been a big waste of my time when he ends his call and looks me in the eye and asks, “How much?” With a confident glint in my eye, I respond with my high number. I await his counter, expecting it to be an insult when he responds with a number only 10% below mine.  “Listen”, I say. “I won’t go below…. wait, what did you say?” Spotting my momentary confusion, he repeats his offer and I’m stunned, but try not to show it. Well, I had my offer that I couldn’t refuse” moment and we shook hands to seal the deal. He opened up his checkbook and only then did I see the name of the company – Heritage Auctions. As I walked back to my car, I felt some sellers’ remorse, a loss really. All those years I coveted that guitar and now, having owned it for less than a year, it was gone. With that, I left the shabby little motel with a check tucked safely in my pocket. With Los Lobos pumping out “Mas Y Mas” on my speakers, I decided to pick up some Mexican food at Azteca along with a six pack of Lagunitas and called it a good day.

The Rare Guitar Auction and the Aftermath

About a month later I opened my mailbox to find the latest catalog for Heritage Auctions. As I flipped through the pages of high-definition images, I stumble across my old friend, the ‘61 Les Paul and it looks better than ever.  I noticed they used some very aggressive language regarding the crack in the bout, making it sound much worse than it really was. It also included an estimated sale price (somebody must have gotten fired for what they originally paid me).  I looked at the date of the auction thinking I might try to buy it back at a discount. However, small problem. The auction was scheduled for the same day as my daughter’s wedding. I compared the times and as crazy as it seemed, I decide to try and buy the guitar back. So, wedding day arrives and we’re working our way through the many photographs and formalities. I note that I have a 10-minute window once the auction begins. I’m was thrilled, as there was only one other bidder. He was an aggressive competitor, matching me bid for bid. It looked promising, but eventually, I had to drop out of the auction because the magic moment had arrived and was time to walk my daughter down the aisle. As it turned out, we were the only active bidders and later discovered he bought it at Heritage’s estimate + 10% buyers’ premium.

A few weeks after the auction, I received an unexpected email from AJ detailing multiple pictures of my guitar, (so he was the other bidder!) in various poses around his very large pool. On the diving board, resting on a chair, leaning against his BBQ. In the foreground of each picture is his hand…only his hand, flipping me off with a caption that says, “I told you I’d get your guitar you M*^&$#F@$&*^.”  “Now that’s what I call revenge”, I mused. A few weeks after that, I received one last email from him. No message at all, only links to various eBay auctions detailing an impressive inventory of 1961 Vintage Les Paul parts. So, this was his plan all along, to part out the Les Paul. He made a special point of showing me one completed auction for the pair of PAFs. That one auction more than covered his acquisition cost and although he turned a considerable profit, he destroyed a beautiful guitar in the process. As a collector, when dealing with seller’s remorse we always comfort ourselves by saying, “there’s always another guitar.”

I often think about that ’61 Les Paul and when I do, this John Hiatt song always comes to mind – Perfectly Good Guitar

What’s your story about the one that got away? 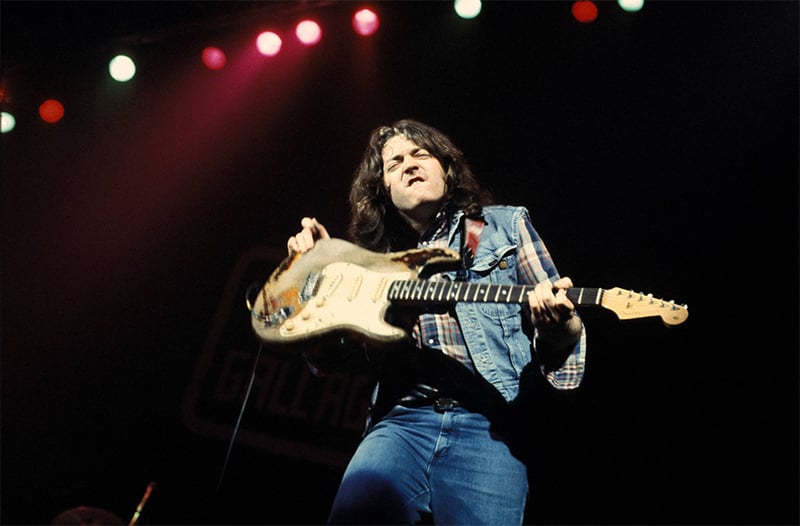 Rory Gallagher Was the Workingman’s Hero   Rory Gallagher’s Enduring Fan Base The second wave of bands from the UK, usually on their first US… 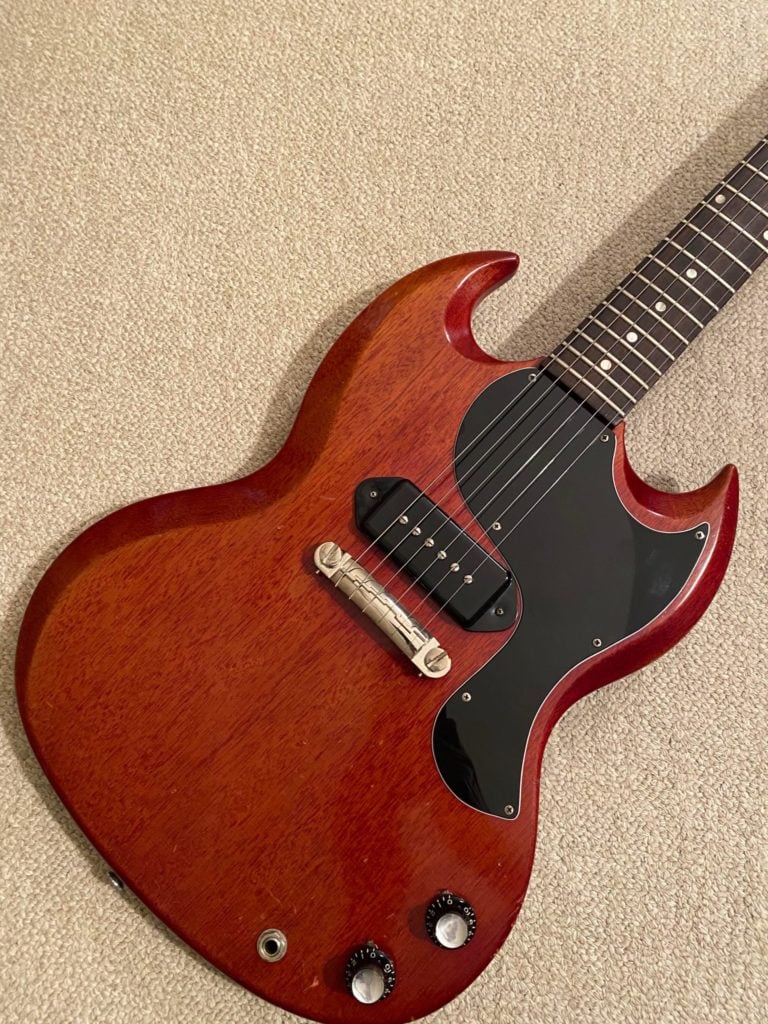 Buying and selling vintage guitars has never been easier. Learn some important things about how to best utilize the Pure Vintage marketplace to buy Vintage Guitars and how to sell your Vintage Guitars as a private party or as a business like a guitar shop or vintage goods dealer. 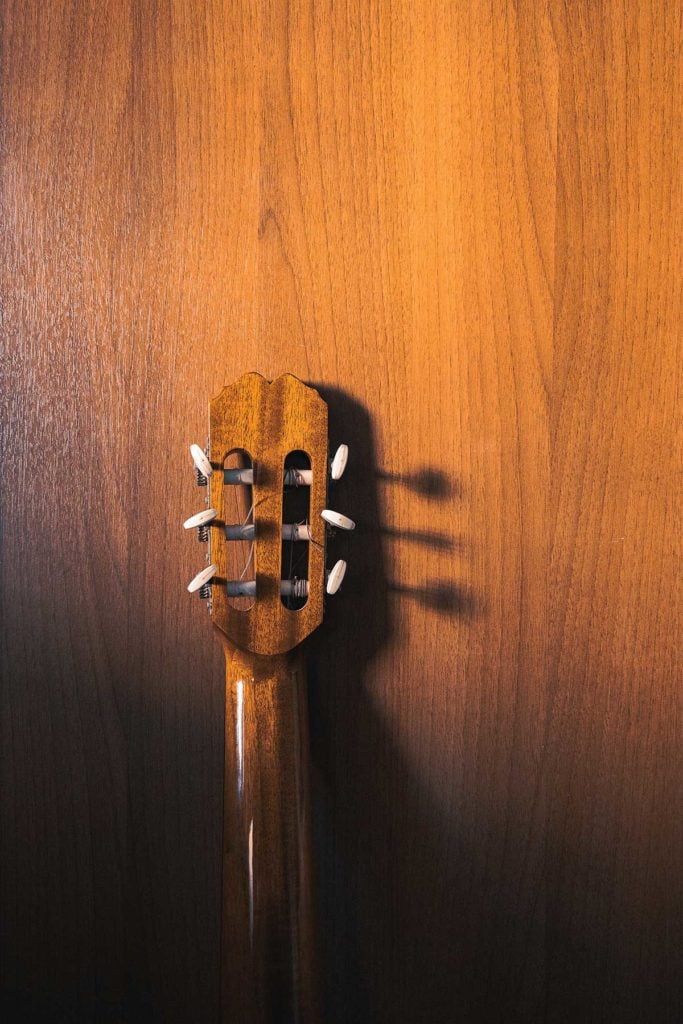 Learn more about some of the top woods used in the manufacturing of many types of Vintage Guitars.